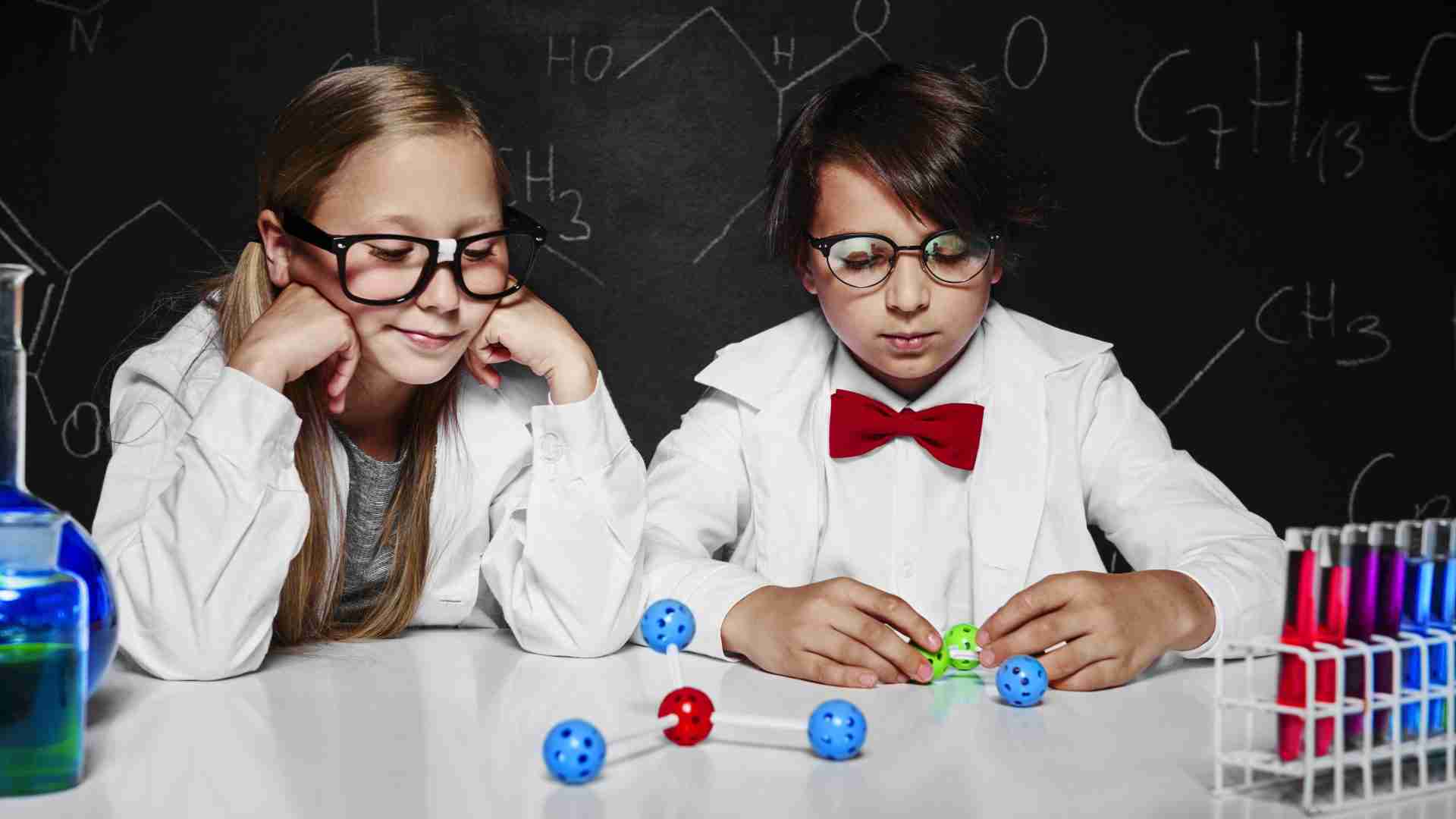 I received some feedback last week that my blog post was a bit too lengthy. Certainly, shorter blogs are easier to write and are a quicker read, but there is also evidence that between 2,000 and 2,500 words in a blog post get the most visibility. As I’m taking on a thorny topic (the role of expert witnesses in web accessibility litigation), I’ll break this up into several shorter posts. Specifically, I’ll talk about what your expert witness in a web accessibility case should and should not do.

What is an expert witness? Well, an expert is someone who has a specialized kind of knowledge that may be relevant to a case. We’ve all seen crime dramas in which a scientist is cross-examined about an opinion she has offered that involves DNA testing or some other specialized piece of information.

Just having specialized information is enough to be an expert witness. For instance, an astrologer could tell the jury about the alignment of the stars and planets on the night of the murder—and suggest that this would make it highly unlikely that the defendant committed the crime because of the zodiac signs of the victim and the defendant.

To understand why this kind of expert testimony wouldn’t be allowed into a case, let’s look briefly at the history of how expert witness testimony has evolved. Going back to the 1923 case of Frye v. United States, 293 F. 1013 (D.C. Cir. 1923), where a defendant was accused of murder. Before the trial, the defendant underwent a test to measure his blood pressure while being asked about the crime. The defendant’s expert would testify that scientific experiments showed that changes in systolic blood pressure are indicative of stress—and because the defendant’s blood pressure remained calm, his statements of his innocence were likely true. The court rejected the expert testimony because it was too experimental. Instead, the court noted that the expert testimony must “have gained general acceptance in the particular field in which it belongs.”

While the Frye standard is still used in several state courts and it was the standard that I learned in law school evidence class. But, like all things ancient, it has been replaced in most states and the Federal courts by the Daubert standard, which derives from the eponymous Supreme Court case, Daubert v. Merrell Dow Pharmaceuticals, Inc., 509 U.S. 579 (1993). In Daubert, the plaintiffs claimed that their birth defects were caused by the morning sickness medication Bendectin, which was taken by their mother during pregnancy and sold by the defendant. The plaintiffs claimed that laboratory and animal studies had showed that Bendectin causes birth defects, but these studies had not gained acceptance in the general scientific community. While the trial and appellate court excluded this evidence under the Frye standard, the plaintiffs argued that a more liberal standard should be applied because Congress had amended the Federal Rules of Evidence to potentially include evidence other than just scientific evidence that had “gained general acceptance” in the scientific community. Instead, the evidence needed to be useful scientific information that was developed through a scientific methodology or a scientifically valid reasoning.

Determining whether expert testimony followed a “scientific methodology” or a “scientifically valid reasoning” is the tricky part. You’ll often hear lawyers talk about the “five Daubert factors,” which courts weigh together to determine if expert testimony should be admitted. These factors are (1) whether the theory or technique has been tested, (2) whether it has been peer-reviewed, (3) what is the error rate for the technique, (4) whether standards or protocols exist and were followed, and (5) the level of widespread acceptance within the scientific community.

That sounds like a pretty tough standard—and it is! And, we’ll see how this can play out in web accessibility litigation next. Incidentally, while winning a case against a major pharmaceutical company before the Supreme Court may sound like a huge win, it wasn’t for Mr. Daubert. After the Supreme Court sent the case back to the appellate court, they dutifully applied the five Daubert factors and dismissed the case.

A witness who is qualified as an expert by knowledge, skill, experience, training, or education may testify in the form of an opinion or otherwise if:

(a) the expert’s scientific, technical, or other specialized knowledge will help the trier of fact to understand the evidence or to determine a fact in issue;

(b) the testimony is based on sufficient facts or data;

(c) the testimony is the product of reliable principles and methods; and

(d) the expert has reliably applied the principles and methods to the facts of the case.

Congress also noted that the Supreme Court did not intend the five factors in Daubert to be either exclusive or dispositive and noted that several other courts had used additional factors in determining the reliability of expert witness testimony.

So what's the bottom line when it comes to expert witnesses? Ultimately, expert witness testimony can be attacked on a number of grounds for asserting that it is unreliable. I think that most lawyers will try to base an attack on Daubert or the Rule 702 to keep things tidy (every lawyer likes to rely on a valid Supreme Court case whenever possible) but expert testimony can usually be attacked any number of ways if the opposing attorney thinks it is unreliable.

Now that we have a good background in the ways that courts determine whether at expert witness’s testimony should be considered, let’s look at how this can play out in web accessibility litigation. Almost exactly one year ago, the district court for the Eastern District of New York issued its opinion in Diaz v. Lobels of New York, 2019 U.S. Dist. LEXIS 127126 (E.D.N.Y. 2019). In this case, Christian Diaz brought a class action lawsuit against Lobels claiming that its website was inaccessible to blind customers. Mr. Diaz asked ADASure to conduct a careful review of the Lobel’s site and provide an expert report. ADASure produced a declaration from its founder, Michael McCaffrey, which the court rejected under the Daubert standard.

First, in order to be valid under Daubert, some scientific process or method needs to be followed—and Mr. McCaffrey could not adequate describe his process or method. First, he could not describe his own role in the audits. Second, he described his process as first involving a manual review in which, “developers manually review the website code to find errors as they relate to WCAG 2.0 Level A and Level AA” and then “testers use automated technology to verify issues found in step 1 as well as check for new issues.” The court found that, “[t]hese high-level descriptions of the audit process are insufficient to demonstrate the reliability of McCaffrey and the ADASure audits.” Mr. McCaffrey’s declaration also included a video showing a tester navigating a website. This, the court said, was “not a sufficient replacement for a proper explanation of overall methodology and process.”

Second, the court applied the last of the Daubert factors as another reason to reject Mr. McCaffrey’s declaration. Specifically, the court found that, “McCaffrey also does not indicate whether the methods and measurements employed in any of the audits are widely accepted or standard in the field.”

Implication of the Diaz Case— and Some Thoughts for Litigation Attorneys

If you are involved in web accessibility litigation and thinking about bringing in an expert witness, cases like Diaz are important for your attorney to consider.

First, it’s important that the person testifying is the person who actually performed the testing. This isn’t always the case because subcontracting is the norm in web accessibility consulting. Certainly don't try to use the founder of your consulting company just because they have the most impressive credentials.

Second, it’s important to describe in exacting detail how a web accessibility review is performed. Your expert needs to describe what they are looking for and the tools and methods they use to perform it. If you’re the plaintiff, this is going to be a more difficult challenge because most web accessibility reviews don’t follow a scripted procedure. By contrast, if you’re the defendant, it makes your job quite a bit easier as you can focus much of your effort identifying where the plaintiff’s expert failed to follow a rigid and standard procedure-- using Daubert, Rule 702, or really just about anything that shows that their testimony is unreliable. Plus, if you’re the expert witness for the defense, you only have to opine on the specific allegations in the plaintiff’s complaint and expert witness report— but this is the subject of another post in this series.

Third, addressing the fifth Daubert factor will be hard for anyone if really pressed by a good attorney. In the field of web accessibility, consultants closely guard their secrets and two different testers may approach testing a web page differently. Plus, WCAG is not exactly crystal clear in its requirements. These factors often makes auditing a website appears to be more art than science. To avoid this pitfall, I believe that the only good answer to this is to ensure that your expert witness can base their findings solidly on the WCAG techniques—and specifically the ones that identify a clear testing protocol. For instance, if an image lacks alt text, point to techniques like H37 (Using alt Attributes on img Elements). Given the WCAG vetting process, it shouldn’t be hard to argue that the techniques are “widely accepted or standard in the field”—and so if your expert followed them, they should be fine. Unfortunately, not every WCAG technique can be reduced to such clear binary tests. And if your expert strays into an area that isn’t covered neatly by a WCAG technique, then it’s going to be a lot harder to say that there is any industry consensus on the testing technique.

Thanks for reading! In upcoming blogs, I’ll talk about other factors attorneys should consider when dealing with expert witness testimony in web accessibility cases.

Of course, nothing in this post should be considered legal advice and does not form an attorney-client relationship. You should always consult with a licensed attorney in your area to discuss your rights and responsibilities.