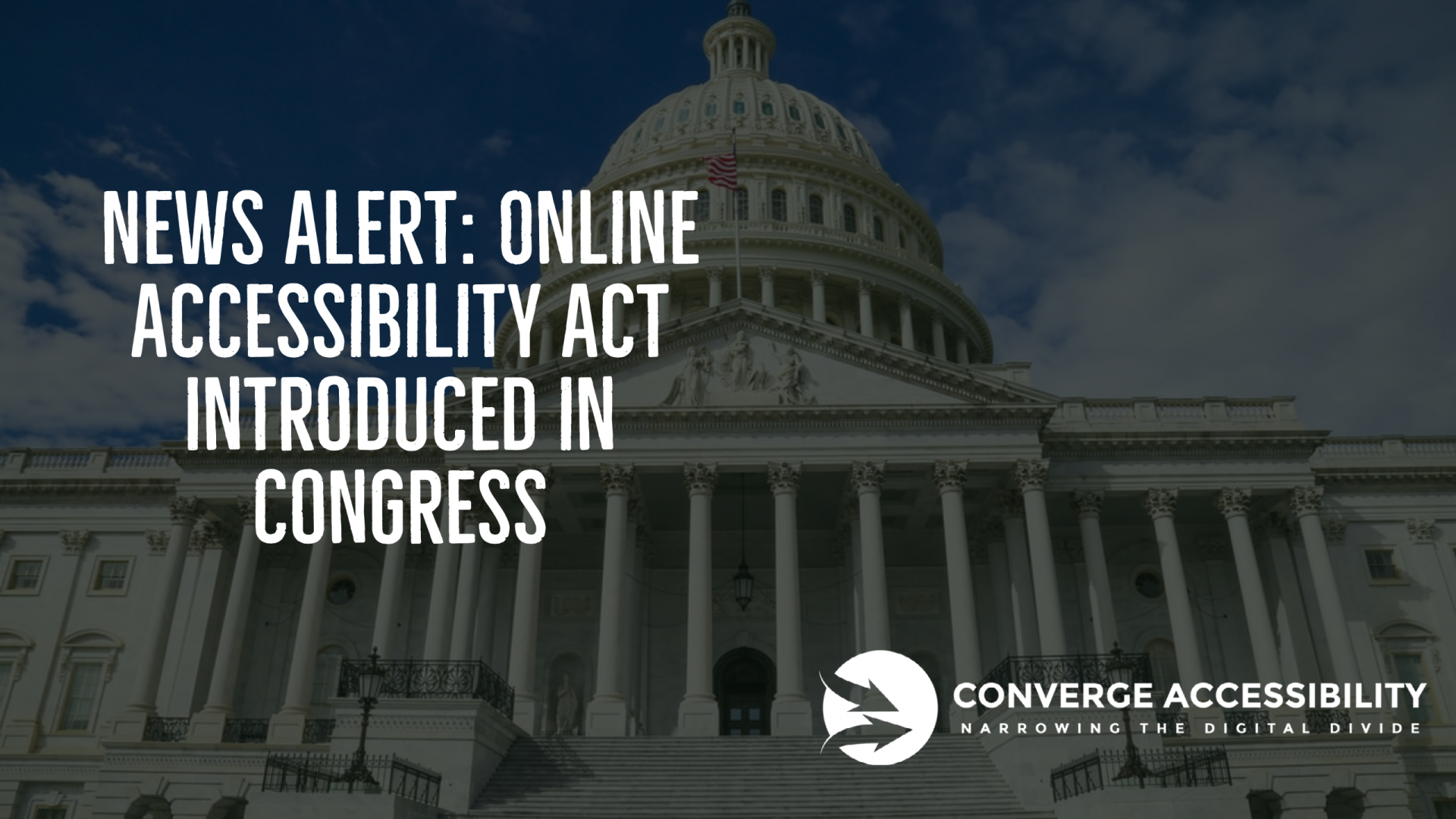 This morning, my Lexis feed reported that a new bill was introduced on Thursday by Representatives Ted Budd, (R-N.C.) and Lou Correa, (D-Calif.) to clarify the ADA's coverage of websites and mobile apps. Quoting Nation's Restaurant News (admittedly, an unusual source for the latest disability-related legislation),

“Retailers want to serve all customers, and that includes those who are blind or visually impaired,” National Retail Federation chief administrative officer and general counsel Stephanie Martz said. “This bill makes it clear that the ADA applies to websites and requires that businesses make their websites accessible, but it also sets clear rules on what that means. This should put an end to frivolous lawsuits that have diverted resources that could be better used to make sure online products and services are easily available to everyone. Equal access to the internet is increasingly important with the rapid growth of online commerce and particularly the spike in online shopping we’ve seen during the pandemic.”

"If passed, violators could be fined $20,000 for a first offense and up to $50,000 for every subsequent offense. Private lawsuits would be allowed but only after companies had exhausted remedies through administrative compliance."

I've always said that California's Unruh Act was a stronger motivator than the ADA for making your website accessible. If this bill becomes law, that may change. On the other hand, requiring plaintiffs to first file with DOJ or another agency before bringing a private lawsuit would certainly cut down on serial plaintiffs.

One possible fly in the ointment? Does DOJ know that they're about to get a ton of web accessibility complaints?

It Needs to Be About Standards Not Coverage

Clarifying the ADA's coverage of web sites is obviously much needed. Right now, the different circuits are a mess when it comes to coverage of web sites, with some circuits requiring that web sites have a "nexus" to a bricks and mortar establishment while others allowing purely online businesses to be sued. A great example of this is the 2012 case against Netflix by the National Association of the Deaf-- the case in California is dismissed while the case in Massachusetts went forward.

But as much as I think that clarity of coverage is important, I think there there is MUCH more compelling need to identify what standards apply to determining what constitutes an "accessible" site. Until that gets addressed, private businesses will be reluctant to invest heavily in making their websites accessible-- and the lawsuits will just continue.

This bill is quite new and I can't find it on any public source. Once I can get a copy of it, I'll pass along a reference-- and give you my thoughts.

UPDATE (10:15p). Found the bill on Congressman Correa’s site. Here’s the link to the bill.

UPDATE (October 4): Be sure to check out our in-depth analysis of the Online Accessibility Act, which includes my perspective as a former DOJ trial attorney in the Disability Rights Section.